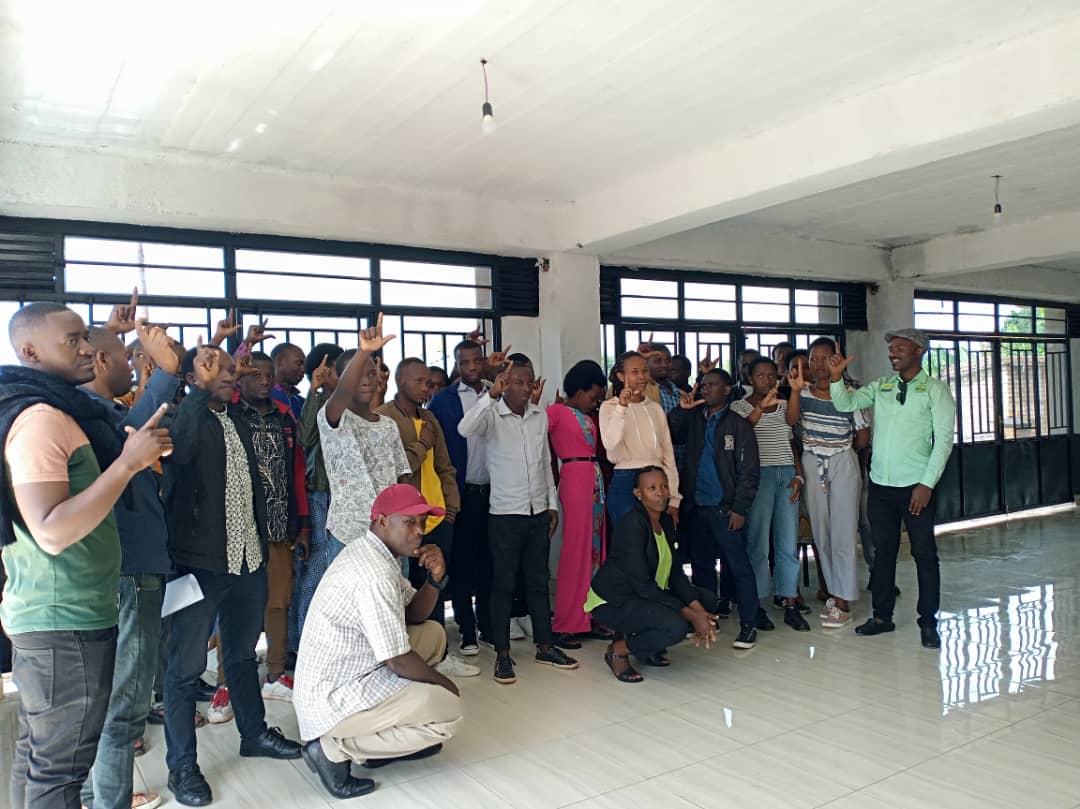 On 13rd November 2022, The Democratic Green Party of Rwanda organized trainings of its Activists from Gisagara District to empower them in fight against environmental degradation. Today, Rwanda is still facing challenges related to climate and environmental destructions caused by human being, that’s why Green Party took initiative to educate and mobilize for environmental sustainability, starting from its Activists.

After this course, Activists indicated that environmental deterioration is being caused by human activity through deforestation, pollution, erosion, burning fossils, emission of Carbon Dioxide and other Greenhouse gases, Plastic Production and so on. They concluded that to solve this, they have to mobilize people who are still making those mistakes willingly and unwillingly for changes.

Habanabashaka Jean Bosco, a Green Party activist, who attended the training, said that:’’ They have taught us how protect forests, to fight for erosion and forest fires. So the environment is still facing many problems with maybe caused by misunderstanding.  As Green Party Activists , we are going to maintain our strategies for environmental protection, because environment we have today,  is facing the issues I have mentioned above. We are going to mobilize people.’’

Isingizwe Aline, a Green Party Activist has added that: ‘’We have found that many problems the environment is facing, are caused by human being through deforestation, cooking, building, like that. Finally this causes climate change. To stop this, we have to educate people, to reduce rural urban migration,… Yes, this can be solved.’’

Gashugi Leonard, Vice president of Democratic Green Party of Rwanda has said that this party doesn’t base only on unity, non-violence, social justice, participatory democracy but also it emphases on environment. He showed that they organize the training to empower and equip their activists so that they can be able to make mobilization on environmental protection in the country.

He added that: ‘’what I can tell people is to avoid disturbing environment because when they increase in number, they destroy the environment. We are also requesting the Government to make a policy which regulates rural urban migration, so our youth are required to search for solutions related to the environmental degradation’’.

The Democratic Green Party of Rwanda was established in 2009, the party was registered in August 2013. Its platform emphasizes unity, non-violence, social justice, participatory democracy and calls for subsidized prices for agricultural produce. It believes that the unalienable rights of the people include “the right to life, liberty, peaceful assembly, expression, worship and the pursuit of happiness”, and that these rights are granted by God.

On environmental issue, The Democratic Green Party of Rwanda says that will continue the campaigns for the tightening of anti-erosion programs and to be respected so that the erosion problem is solved 100%. Currently, the Ministry of Environment in Rwanda indicates that 30.4% of the national territory is covered by forests, The Democratic Green Party requests that this cover continue to expand up to over 50% of the national land.