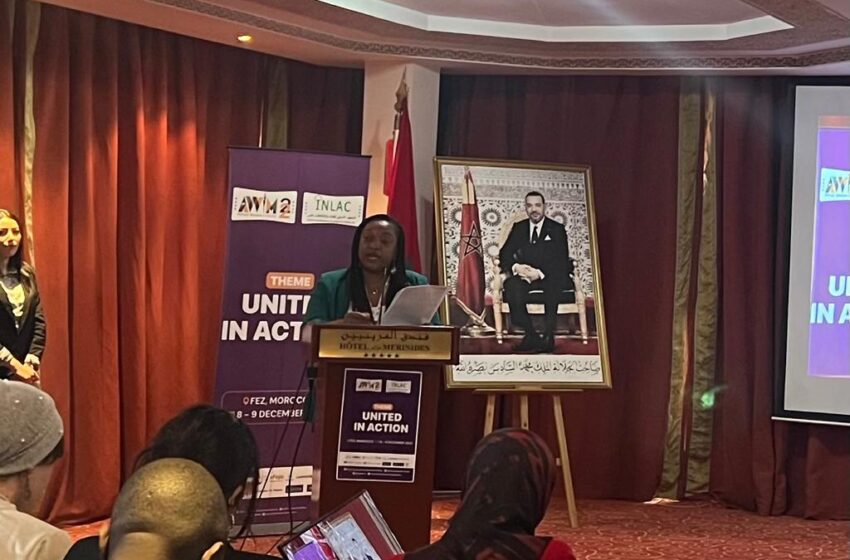 Marking the 6th year of the esteemed AWiM Conference, media professionals, students, experts, and civil society organisations across Africa join together to tackle issues surrounding gender inequality in the industry. The conference featured a new format of hybrid meeting.

This year offered a new leaf with new knowledge and recognition of the role digital media plays in storytelling, modern-day survival and the harm it can also bring to those in the media and society.

Dr Mohammed Ennaji, the CEO of the International Institute for Language and Cultures, opened up the 2022 conference by introducing the new theme: “Welcome to the 6th edition of the AWIM Conference, this year we have titled it: United in Action because we need to be united, both women and men for the development of Africa, the promotion of African women in the media and to improve African women’s image in the media.”

While the theme focuses on the vital need for collaborative efforts from all genders to achieve gender inequality in the industry it also signified key areas in development.

Digitalisation is in constant transition as the previous AWiM conference highlighted.

In her opening remarks, AWiM CEO Dr Yemisi Akinbobola stated, “We are gathered here in person and online under the theme United in Action. A theme that is much more than a title, but which we have adopted as a methodology for the conference. We have a range of speakers from academia, industry, civil society and policy and regulations. Through the theme we recognize our collective objective towards achieving gender equality in and through media. Through our conversations and interactions over the next few days want to interrogate that collective objective in a collaborative way.”

To achieve progressive change another aim for this year’s two-day event is to spread awareness, build conversation and provide solutions on how media professionals, students and policymakers can utilise different forms of media (digital, print, visual or audible) to contribute to the actionable efforts needed to dismantle the barriers women face in media.

Among the 17 panels and four workshops hosted this year, four specifically target online media but are not limited to further discussions of its large influence across the industry as a whole.

As the morning session of the event made its start, one of the panels: Representations and communication of mental health in media had Nigerian Tribune, journalist, Ladi C. Yakubu as one of the speakers. She shared how social media and the mental health of women and girls in Africa come together as important factors for governments and media professionals to assess: “Overly edited images of bodies and faces in the media online are still creating unrealistic standards for girls to aspire to and try to become.” “As a result, they can begin to have negative self-perceptions, stress and discouragement which can lead to depression, self-harm and in severe cases suicidal thoughts,” the journalist added.

Representations in the media was another key topic that was evident across all the panels and workshops for this year’s conference.

Social mobilizer and mental health advocate Ruth Tilley Gyado, who was also a speaker at the conference stated the role the media plays when it comes to mental health awareness: “We the media can be representers for mental health, showing how important it is in society and also prescribing culture with the right solutions and inclusive approaches.”

Attendees of the conference and partners such as the African Union Commission, the International Institute for Languages and Cultures (INLAC), Women in News (WiN), UNESCO, FOJO and many others who contributed to the event, share the same drive to see the impactful changes to come being implemented in African media.

Day two of the event offers even more insightful conversations and solutions for women and girls’ participation, empowerment and development.

Threats that silence: When I almost died in line of duty