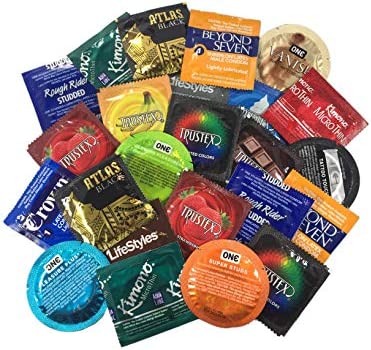 The Plenary Sitting of the Chamber of Deputies on Monday rejected the relevance of the proposed bill that sought to provide for access to contraceptive services for children (girls) aged from 15.

Rwandan legislation considers a child any person who is under 18 years old. Currently, contraceptives are not allowed for children in Rwanda.

This private members’ bill amending law No 21/2016 of 20/05/2016 on Human Reproductive Health, was tabled before the Chamber of Deputies by a group of five MPs.

Of the MPs that were present at the Plenary, 18 voted yes (in favour of the bill), 30 voted no, while four votes were invalid.

Some of the reasons put forward by the MPs who opposed the move include cultural considerations and faith.

During the debate, some MPs said that the there is a need for consultations and dialogue with various categories of Rwandans including faith-based organisations so as to get their views about the proposal. Then, it was given back to the team of MPs who initiated it.

Speaking to The New Times, Marie Mediatrice Izabiliza said that teenage pregnancy is an issue of the society in general, not the child, pointing out that it should be considered not through addressing its consequences, rather its root causes.

“The issue at hand concerns morality, including some parents who have ignored their responsibility to provide information to their children, educate them at a tender age,” she said adding that the people who defile children should be punished.

“Today, the country is looking at how to punish those who defile/ impregnate children. … So, should those people go unnoticed because the affected child was not impregnated? That is like giving the ‘green light’ to such a person to continue defiling our children,” she said.

“The child might say that she has the right to do what they want [having sex],” she said.

Also, Izabiliza wondered whether a child would sue a parent in case the latter has refused that their child gets contraceptives.

Meanwhile, she expressed worry that, with contraceptives, children might be protected from pregnancy, but not from HIV/AIDs.

Why did the team of MPs come up with the bill?

Talking about why they initiated the bill, Mbonimana told The New Times that “we based on the increasing number of teenage pregnancies,” indicating that 20,000 teens are impregnated annually, with that number being 23,000 last fiscal year.

Also, another factor, he said, is that the national family planning policy bases on 15 years [as the age when a girl could start using family planning methods]. “We wanted to match the policy and the law,” he said.

“Those are the factors we have based on to determine that children aged 15 years can access contraceptives without being accompanied by their parents, especially there are some countries that allow that for those below that age, such as 13 or 12 years,” Mbonimana said.

According to the National Family Planning and Adolescent Sexual and Reproductive Health Strategic Plan (2018–2024), to maintain the accelerated pace of contraceptive uptake, Rwanda will need to focus on developing strategies for reaching new users, such as postpartum women, unmarried women, sexually active adolescents and young adults as well as decreasing discontinuation particularly the younger cohort of [aged] 15-19.

Going forward, Mbonimana said that the team will implement the recommendations of the MPs, including further consulting different stakeholders such as faith-based organisations and parents so that they get their views as The New Times Published.

“We will improve the bill and bring it to the Plenary Session again [for consideration],” he said.