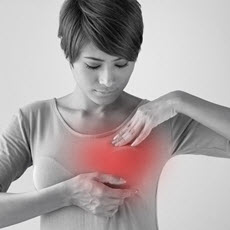 The risk increases with the amount of alcohol consumed. Women who have 1 alcoholic drink a day have a small (about 7% to 10%) increase in risk compared with those who don’t drink, while women who have 2 to 3 drinks a day have about a 20% higher risk. Alcohol is linked to an increased risk of other types of cancer, too and African Women in Media (AWiM) highlight that breast cancer is the second most common cancer among women, after skin cancer .

A risk factor is anything that increases your chances of getting a disease, such as breast cancer. But having a risk factor, or even many, does not mean that you are sure to get the disease.

Certain breast cancer risk factors are related to personal behaviors, such as diet and physical activity. Other lifestyle-related risk factors include decisions about having children and taking medicines that contain hormones.

Being overweight or obese

Women who are overweight also tend to have higher blood insulin levels. Higher insulin levels have been linked to some cancers, including breast cancer.

Still, the link between weight and breast cancer risk is complex. For example:

The reasons for this aren’t exactly clear.

Weight might also have different effects on different types of breast cancer. For example:

The American Cancer Society recommends you stay at a healthy weight throughout your life and avoid excess weight gain by balancing your food and drink intake with physical activity.

Not being physically active

Evidence is growing that regular physical activity reduces breast cancer risk, especially in women past menopause. The main question is how much activity is needed. Some studies have found that even as little as a couple of hours a week might be helpful, although more seems to be better.

Exactly how physical activity might reduce breast cancer risk isn’t clear, but it may be due to its effects on body weight, inflammation, and hormone levels.

The American Cancer Society recommends that adults get 150 to 300 minutes of moderate intensity or 75 to 150 minutes of vigorous intensity activity each week (or a combination of these). Getting to or going over the upper limit of 300 minutes is ideal.

Women who have not had children or who had their first child after age 30 have a slightly higher breast cancer risk overall. Having many pregnancies and becoming pregnant at a young age reduces breast cancer risk.

Still, the effect of pregnancy on breast cancer risk is complex. For example, the risk of breast cancer is higher for about the first decade after having a child. The risk then becomes lower over time.

Most studies suggest that breastfeeding may slightly lower breast cancer risk, especially if it continues for a year or more. But this has been hard to study, especially in countries like the United States, where breastfeeding for this long is uncommon.

A possible explanation for this effect is that breastfeeding reduces a woman’s total number of lifetime menstrual cycles (the same as starting menstrual periods at a later age or going through early menopause).

Some birth control methods use hormones, which might increase breast cancer risk.

Oral contraceptives: Most studies have found that women using oral contraceptives (birth control pills) have a slightly higher risk of breast cancer than women who have never used them. Once the pills are stopped, this risk seems to go back to normal within about 10 years.

Birth control shots: Some studies have suggested that getting long-acting progesterone shots (such as Depo-Provera) every 3 months for birth control might increase breast cancer risk, but not all studies have found this.

According to the Cancer.org, here are 2 main types of hormone therapy:

The increased risk from combined HT appears to apply mainly to current and recent users. A woman’s breast cancer risk seems to go back down within about 5 years of stopping treatment, although the increased risk does not go away completely.

Bioidentical hormone therapy: The word bioidentical is sometimes used to describe versions of estrogen and progesterone with the same chemical structure as those found naturally in people (as opposed to the slightly different versions found in most medicines). The use of these hormones has been marketed as a safe way to treat the symptoms of menopause. But because there aren’t many studies comparing “bioidentical” or “natural” hormones to synthetic versions of hormones, there’s no proof that they’re safer or more effective. More studies are needed to know for sure. Until then, the use of these bioidentical hormones should be considered to have the same health risks as any other type of hormone therapy.

Estrogen therapy (ET): Studies of the use of estrogen alone after menopause have had mixed results. Some have found a slightly higher risk, while others have found no increase in risk, or even a slight decrease in risk. If ET does increase the risk of breast cancer, it is not by much.

At this time there aren’t many strong reasons to use post-menopausal hormone therapy (either combined HT or ET), other than possibly for the short-term relief of menopausal symptoms. Along with the increased risk of breast cancer, combined HT also appears to increase the risk of heart disease, blood clots, and strokes. It does lower the risk of colorectal cancer and osteoporosis, but this must be weighed against the possible harms, especially since there are other ways to prevent and treat osteoporosis, and screening can sometimes prevent colon cancer. While it’s not clear if ET increases breast cancer risk, it does increase the risk of stroke.

The decision to use HT should be made by a woman and her doctor after weighing the possible risks and benefits (including the severity of her menopausal symptoms), and considering her other risk factors for heart disease, breast cancer, and osteoporosis. If they decide she should try HT for symptoms of menopause, it’s usually best to use it at the lowest dose that works for her and for as short a time as possible.

Breast implants have not been linked with an increased risk of the most common types of breast cancer. However, in rare cases they have been linked with some other types of cancer, including breast implant-associated anaplastic large cell lymphoma (BIA-ALCL) and other lymphomas, as well as squamous cell carcinoma. These cancers can form in the scar tissue (capsule) around the implant, and they might show up as a lump, a collection of fluid, swelling, or pain, or skin changes near the implant, or as a change in breast size or shape.