Nyamagabe: Polygamy is the key factor to domestic violence for women and children 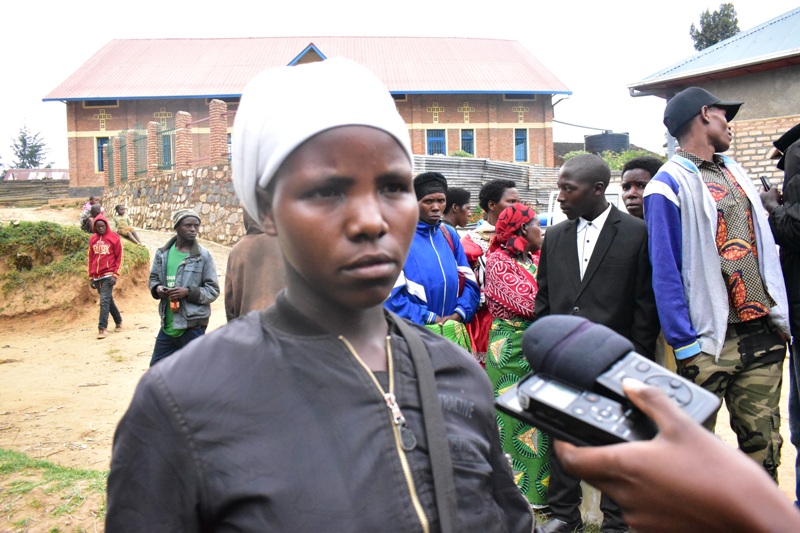 Rwanda unlike most African codes, the Legislature bans polygamy both in the Constitution and in the Civil Code. Article 25 of the Constitution provides that only monogamous marriage is legally recognized. Marriage is solemnized by being recorded in the civil status register. If a husband lives with a woman while already legally married to another woman, this is called adultery and is illegal in Rwanda. Both the husband and the other wife are subject to punishment.

Despite the fact that polygamy is prohibited in Rwanda, there are still instances where a man can be seen having two, and occasionally even three, wives but is not legally accepted. Particularly when it comes to issues of succession, land ownership, and financial affairs, this can lead to significant family dispute.

In Nyamagabe district especially in Kitabi sector more than a thousand families are living illegally. The main cause of polygamy in the area lead to domestic violence based on children and their mothers. Some of the women who faced this polygamy issues claim that they meet physical plus mental violence and their children miss their rights especially right of heritage and medicine.

Umutesi Agnes is 28 years old from Kitabi sector, Kitabi cell said that: “I have been with my husband for four years; we started a family together and built a house to live in with my own money.  After that, he started to beat me, in case he come home being drunkard.  Before the fourth year ends he throw me away and he remained with another woman. Now we have two kids, our firstborn is 7 years old.  My children are in struggle because they have no right in their family.”

Kamanyana Consolate, she lives with his husband for 30 years, said that “Domestic violence especially bodily and sexual violence is real in some families in Kitabi due to polygamy. She added that:’’I advise my fellow women to have a legal marriage because it will help them to live in peace, to develop and preserve the children’s right.”

André Ntiziryayo,  Kitabi Sector Executive Secretary, said that :“This problem of polygamy is a big issue in this sector near Nyungwe but they are doing ALL the best to fight against it in campaign of encouraging people to have legal marriege which lead to monogamy as the family laws state because it reduce gender based violence in particular domestic and encourage preservation of human right. He also told  those who have many patterners to carry on their responsibilities as the parents even though they are registered for legal marriage.”

According to the Rwanda National Police’s statistics for the years 2009 and 2010, a total of 818 women had faced physical abuse by their husband, while 188 men were abused by their wives. In terms of fatalities, 91 men were killed by their wives, while 121 women were murdered by their husbands.  The Ministry of Health (MOH) of Rwanda and the National Institute of Statistics of Rwanda (NISR) reports, proportion of women aged 15 to 49 who have ever been in a marriage and have ever been physically or sexually abused by a partner.

Since 2008, Rwanda has made GBV a crime. As of August 30, 2018, Law No. 68/2018 of Rwanda recognizes four categories of GBV: physical, economic, sexual, and psychological. In fact; The consequences like gender-based child maltreatment, marital rape, sexual assault, and harassment occur.