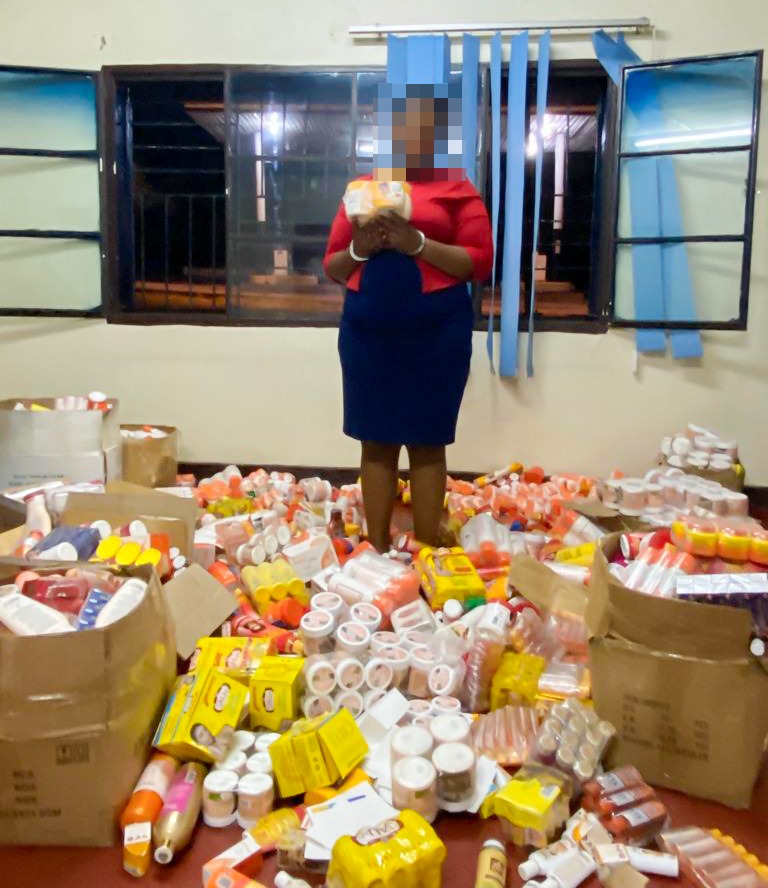 Assorted outlawed skin bleaching cosmetics commonly known as mukorogo, worth over Frw8.1 million were seized from a dealer, who was arrested in Nyarugenge District on Thursday, August 11.

Over 1,300 cream and oil brands with hydroquinone and mercury, were banned in Rwanda.

Chief Inspector of Police (CIP) Sylvestre Twajamahoro, the Police spokesperson in the City of Kigali, said Tumusabinema was operating a cosmetics shop in Nyarurembo village and had a secret store for mainly prohibited creams and oils in about 100 metres from her shop.

“Following a tip-off from some area residents, ASOC went to the said store belonging to Tumusabinema, where 2,841 pieces of assorted skin whitening cosmetics were recovered, leading to her arrest,” said CIP Twajamahoro.

Tumusabinema said she had a supplier in Rubavu District whom she identified as Fabiola Ufitamahoro.

Ufitamahoro allegedly sneaks the skin bleaching cosmetics into Rwanda from the Democratic Republic of Congo (DRC) before trafficking them into Kigali in small quantities.

CIP Twajamahoro warned anyone trafficking or selling the banned skin bleaching products that operations to arrest them are ongoing.

“Law enforcement organs are working together to arrest all those connected to this unlawful business,” CIP Twajamahoro said.

The prohibited  cosmetics contain mercury and hydroquinone, which can cause liver damage, reduce resistance to bacterial and fungal infections, and increase anxiety, according to the World Health Organization.

If it enters the bloodstream it also results into fatal liver and kidney damage, although medics say the most immediate visible side effect is skin scarring.

Health experts confirm that prolonged use of corticosteroid creams and lotions can also decrease levels of collagen in the skin.

Collagen strengthens and supports the skin, and a reduced amount can increase the risk of striae commonly known as stretch mark.

The skin bleaching products are labeled illegal under the ministerial order determining the list of cosmetics whose use is prohibited in Rwanda; the law on organization, functioning, and competence of the Council of Pharmacists; and the law relating to the regulation and inspection of food and pharmaceutical products.

Article 266 of the law determining offenses and penalties in general, states that any person, who produces, sells, or prescribes harmful products; cosmetics or body hygiene substance or any other products derived from plants, commits an offence.