The multiple forest fires that have been raging in France since the beginning of summer have released record amounts of carbon into the atmosphere, according to satellite data, and fires in Spain in mid-July also helped break records for carbon emissions. Fuelled by global warming, the blazes are reducing the number of trees available to absorb carbon, further threatening ecosystems.

Some 650 firefighters were on the scene Tuesday putting out numerous hot spots that continued to burn along the perimeter of the Landiras fire in southwestern France, which has ravaged 74 square kilometres of pine trees. More than 600 square kilometres (232 square miles) of forest have burned so far this year in France, more than in any other year during the past decade, according to the European Forest Fire Information System, and July 2022 holds the record for burnt area. Furthermore, the EU’s Copernicus environment observation programme announced Friday that France recorded the highest carbon emissions this summer from forest fires since records began in 2003.

France has recorded its highest #wildfire carbon emissions from June to August since 2003 according to the latest #CopernicusAtmosphere Monitoring Service data, after a large fire ignited near Bordeaux during the current #heatwave.

“Global warming makes it easier for these fires to start and spread,” said Jean-Pascal van Ypersele, former vice president of the Intergovernmental Panel on Climate Change (IPCC). He added that fires will become more frequent and so “we have to prepare ourselves and try to take all the measures to reduce the risk by managing the forests and water in a different way, so that the consequences for humans and ecosystems are not too great”.

Forest fires release many greenhouse gases, mainly CO2, methane and nitrogen oxides, which are toxic to humans, as well as aerosols, soot (extra-fine particles) and tars.

Because they are becoming more numerous and intense, fires are increasingly affecting the quality of air people breathe. In mid-July, the more than 800,000 inhabitants of the southwestern city of Bordeaux could smell the smoke, laden with particles and nitrogen dioxide, from the fire in the surrounding Gironde département (administrative unit).

But the Copernicus report above all reminded readers that burning trees release CO2, one of the main greenhouse gases contributing to global warming.

French fires released nearly 1 million tonnes of carbon, equivalent to the annual emissions of 790,000 cars, into the atmosphere from June to August 11 alone. At this rate, the mark for the whole of 2003 (nearly 1.3 million tonnes) could be broken, the report said, making 2022 the worst year since records began.

In Spain, this mark was broken during the heatwave in mid-July, a period marked by violent fires in Extremadura (southwest) and Galicia (northwest). The Global Fire Assimilation System (GFAS) dataset showed that total estimated carbon emissions from fires in Spain between June 1 and July 17 were already higher than the June-to-July totals from 2003 to 2021.

Smoke from the devastating #wildfires across SW Europe undergoing long-range transport across the continent in the coming days with the @CopernicusECMWF Atmosphere Monitoring Service @ECMWF forecast of carbon monoxide at 850 hPa (~1.5 km) #IncendiosForestales #FeuxDeForêt pic.twitter.com/8v2xnGcXI6

Once a fire is extinguished and its smoke plume has dissipated, the impact on the climate is measured in terms of the number of trees that have burned. Once they are gone, plants can no longer play their role as “carbon sinks” (reservoirs that store atmospheric carbon using a natural or artificial mechanism). Atmospheric chemist Sophie Szopa recently reminded Ouest-France that French forests capture 25 percent of the country’s CO2 emissions.

“Carbon sinks in France have been declining since the 1990s, partly because of growth and drought problems. Fires are an additional pressure,” the specialist said.

Burnt forests can take 30 years to absorb carbon released during a fire, if they are not burnt again within that period.

In addition to fires and carbon emissions, each heatwave peak also brings its own increase in surface ozone levels, the Copernicus programme reported last week.

This colourless and highly irritating gas is formed when the sun interacts with fossil fuel emissions and other pollutants, such as those emitted by cars and factories. It occurs naturally at high altitudes. At lower altitudes, this important greenhouse gas and pollutant, a component of urban smog, harms ecosystems and human health.

“The potential impacts of very high ozone pollution on human health can be considerable, both in terms of respiratory and cardiovascular disease,” Parrington explained in the Copernicus report. “High values can lead to symptoms such as sore throats, coughing, headaches and an increased risk of asthma attacks. The Clean Air Alliance estimates that ozone pollution causes about 1 million additional deaths per year. That’s why it’s crucial that we monitor surface ozone levels.”

A study published by Canadian researchers in March in the peer-reviewed journal Science discussed the negative impact of forest-fire smoke on the ozone layer. By studying the consequences of the 2019-2020 fires in Australia, the researchers demonstrated that the smoke that had reached the atmosphere had caused a drop in the concentration of ozone and an increase in the amount of chlorinated gases. They concluded that these disturbances could create “holes” in the ozone layer, similar to those observed in the 1980s.

As a new #heatwave is sweeping across most of Europe the #CopernicusAtmosphere Monitoring Service is predicting daily maximum ozone levels well above the thresholds considered safe by @WHO and the EU.#airquality #airpollution #ozone

Van Ypersele said that “whether they are ready or not, our societies are going to be forced to reduce our climate footprint, if we want to be able to leave our children, our grandchildren, with a habitable planet”.

Otherwise, the world will continue to be subjected to even more “extreme events like those we are seeing now or like those we have seen before”, he said.

Although the former IPCC official acknowledged that technology can play a role in tackling climate change, he noted that the underlying problem is that 80 percent of the world’s energy needs today come from fossil fuels such as coal, oil and gas. Instead of focusing on reducing their dependence on oil, gas and, to a lesser extent, coal, van Ypersele noted that many countries, amid the war in Ukraine, are simply seeking fossil fuels elsewhere, such as from Africa, the Middle East and the US.

If “we don’t fundamentally change the way this system works, which too often focuses on short-term profit without regard to the long-term consequences of the decisions that are taken, then unfortunately the environment and the climate in particular will be affected”, he explained.

“I think that, generally speaking, we never do enough about the need to reduce greenhouse gas emissions, because as long as … these emissions are greater than zero, taking into account both what is emitted and what is absorbed by nature, the disruption will continue and we are very far from having net zero emissions,” van Ypersele said.

Europe’s goal of achieving net zero emissions by 2050 is “very late”, he said, and it is also important that it helps the rest of the world achieve carbon neutrality.

“I think there is still a lot more to do than we have done so far.” 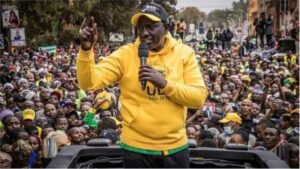 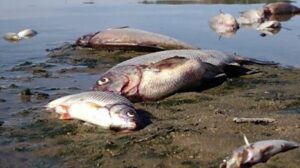