The High Ambition Coalition to End Plastic Pollution will issue statements and undertake intersessional work on essential elements and issues to inform the negotiations in order to develop a landmark treaty by 2024.

Minister of Climate and Environment of Norway and co-chair of the coalition, Espen Barth-Eide said: “We took the initiative to form a group of ambitious countries to work for a truly effective global treaty that will establish common global rules, turn off the tap and end plastic pollution by 2040.”

Minister of Environment of the Republic of Rwanda and co-chair of the coalition, Dr. Jeanne d’Arc Mujawamariya remarked: Rwanda started the journey to end plastic pollution in 2004, unfortunately plastic wastes are still visible in the country’s downstream which proves the need of global efforts towards a common goal of ending plastic pollution because this is an unacceptable burden to place on future generations. Plastic pollution constitutes a planetary crisis with impacts on human health, biodiversity and climate system.”

Members of the High Ambition Coalition to End Plastic Pollution will meet in New York in a few weeks, during the UN General Assembly, to discuss next steps in the coalition’s work.

The first meeting of the Intergovernmental Negotiating Committee is set to commence November 28th in Punta del Este, Uruguay.

Notes for the Editor

The High Ambition Coalition have outlined three strategic goals and seven key deliverables for success in the negotiations:

“End Plastic Pollution: Towards a legally binding instrument” was a resolution passed at UNEA 5.2 in Nairobi, in March 2022. The resolution, which was hailed as “the most important international multilateral environment deal since Paris”, called for:

All plastics are made of chemicals, from basic polymers to additives and processing aids. Over 10 000 chemicals associated with plastics and plastic manufacturing across a wide range of applications have been identified and over 2 400 of these chemicals are noted as potentially hazardous to human health and the environment.

Less than 10% of the plastic waste ever produced have been recycled. According to the OECD, half of all plastic waste will continue to be landfilled and plastic pollution will double if we continue on our current path.

Some of the world’s largest corporations (including Unilever, P&G, Walmart and Coca Cola) have joined together to call for global targets and standards for the plastics life style, to create an even playing field for them to develop new circular business models and make a circular economy work in practice and at scale.

“Having personally led the national legislation to promote recycling of plastics in the past, I am keenly aware of the need for common global rules that can guide a transition to a more circular economy to protect human health and the environment and welcome the initiative to form the High Ambition Coalition.”.

“The use of plastics in our society have reached unsustainable levels. In addition, plastic pollution disproportionately affects developing countries and socio-economically challenged communities working in informal and cooperative settings. We need to minimize the demand of plastics and increase the supply of recycled plastics for new products, in order to achieve sustainable consumption and productive patterns.”

“With restrictions on single-use plastics, our commitment to ban plastic exports to non-OECD countries, and our world-leading plastic packaging tax, the UK is at the forefront of tackling plastic pollution. We are fully behind this ambitious and far-reaching agreement which will help to reverse the unimaginable damage caused to the global environment.

“Early involvement of the private sector, academia and civil society will be critical to the success of a legally-binding treaty on plastic pollution. Governments cannot act alone and in the UK we will work closely with all stakeholders to develop the best solutions to end plastic pollution.”

Minister of Environment and Climate Change in Canada, Steven Guilbeault said: “Canada is committed to end plastic pollution and is actively engaged in negotiations towards a new global agreement on plastics to ensure it is ambitious, legally binding and takes into account the full lifecycle of plastics. We are proud to join and fully endorse the creation of the High Ambition Coalition End Plastic Pollution and support its objectives. We urge other countries to join this important initiative as well.

Canada has a strong track record in the fight against plastic pollution. We spearheaded the Ocean Plastics Charter in 2018 and played a key role in facilitating the process that launched negotiations for a global agreement on plastics. We have already taken decisive steps at home to ban harmful single-use plastics and are moving forward to develop regulations to require plastics manufacturers to include more recycled content in their products, as well as to establish clear new labelling rules. Plastic pollution is a global problem that requires a global shift towards a zero-waste, circular plastics economy.”

Minister of Environment of Denmark, Lea Wermelin said: ”We are committed to fight for an ambitious, legally binding agreement. An agreement, which ensures that plastic is produced, consumed, reused and recycled sustainably – for a world free of plastic pollution by 2040.”

Federal Councillor and Head of the Federal Department of the Environment, Transport, Energy and Communications DETEC, Simonetta Sommaruga said: “Switzerland firmly believes that such a coalition can support the development of an ambitious and meaningful international legally binding instrument on plastic pollution that will contribute to ending plastic pollution including by reducing the plastic consumption and production and enabling a safe circular economy for plastics.” 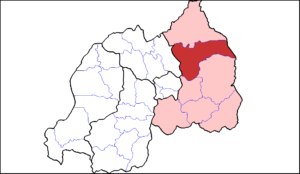