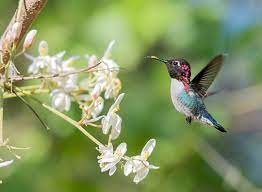 Rwanda Environmental Management Authority  (REMA) says that Rwanda has diverse habitats and ecosystems that range from humid montane forests to savannahs, lakes, rivers and wetlands which support a wide range of biodiversity. However, the Country’s biodiversity faces various threats which has led to loss of species, shrinkage in population sizes and ecosystem degradation.

Rwanda’s development agenda recognizes the important and central role that biodiversity and natural resources play in terms of supporting the country’s economic growth, livelihoods as well as in the provision of critical ecosystem services such as water, soil erosion and flood control as well as climate change mitigation.

Therefore, conservation of the environment and natural resources has been well integrated in country’s development blueprints such as Vision 2020 Economic Development and Poverty Reduction Strategy (EDPRS II); Vision 2050; and the National Strategy for Transformation (NSTI 2018-2024).

STATUS AND TRENDS OF BIODIVERSITY CONSERVATION

In 1995, Rwanda ratified the Convention on Biological Diversity (CBD); the act which provided the formal framework for the implementation of the provisions of the Convention especially its three objectives namely:

The mechanism for implementation of the CBD objectives is a National Biodiversity Strategy and Action Plan (NBSAP) which Rwanda first prepared in 2003. The NBSAP was revised in 2016 and aligned to the CBD Strategic Plan on Biodiversity 2011 -2020. Rwanda, as party to the Convention on Biological Diversity, has the obligation to report on measures taken for the implementation of the CBD’s provisions and their effectiveness in meeting the objectives of the Convention (Article 26 of the Convention text).