Police and local leaders in Ngoma District, arrested on Saturday, August 27, a man identified as Faustin Habineza, 43, for illegally cutting trees in a gazetted forest.

Habineza allegedly fell at least 20 trees in a protected forest located in Terimbere Village, Nyaruvumu Cell of Rukira Sector to make timber for sell. Superintendent of Police (SP) Hamdun Twizeyimana, the Police spokesperson for the Eastern region, said that the environmental crime was reported by area residents.

“Residents of Terimbere Village, on Saturday, when they were conducting Umuganda, noticed that 20 trees had been cut in the forest. They suspected Habineza to be behind the act, prompting them to report the matter to the Police,” SP Twizeyimana said.

Habineza was traced and arrested. He disclosed that he cut the trees and made 467 pieces of timber, which he sold to the duo of Ernest Nshimiyimana and Marcel Gitwaza for Frw200,000. The timber was recovered from the duo, who are still at large.

SP Twizeyimana thanked the residents for the community policing act to protect the environment and to ensure that those who destroy protected forests are arrested. Habineza was handed over to RIB at Rukira station for further investigation while the search of accomplices is still ongoing.

Article 44 of Law N°48/2018 of 13/08/2018 on environment prohibits cutting trees in forests or protected areas or in national parks.
In article 59; any person, who causes death, destroys protected plants, harvests or damages them, commits an offence. 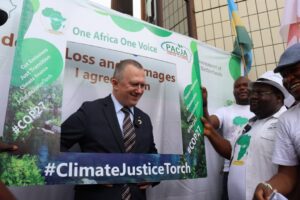 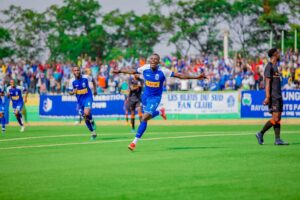