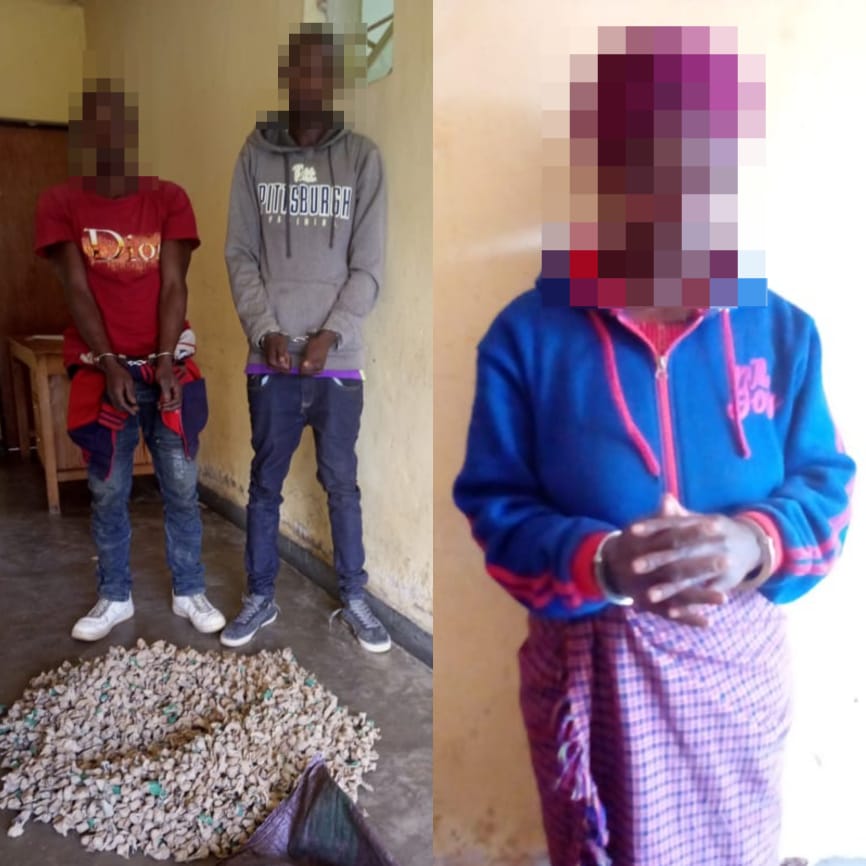 The Anti-Narcotics Unit (ANU) has arrested three suspected drug dealers in Nyabihu District with about 3,000 pellets of cannabis. They were arrested in separate ANU operations conducted on Monday and Tuesday in Jomba and Makinga sectors.

Those arrested include one Donathile Bayagambe, 40, a suspected major supplier of cannabis in Nyabihu and surrounding districts, who is also the alleged rightful owner of the 3,000 seized pellets as well as her two employees; Patrick Nizeyimana, 34, and Didier Bizimana, 31, who were delivering the narcotics to retailers.

“Following the arrest of Nizeyimana and Bizimana, who were reported by the residents; they disclosed that they work for Bayagambe, who had given them the narcotics to supply her retailing clients.

The suspects are currently under RIB at Jomba station for further investigations.

“Nyabihu district is one of the transit routes for drug dealers, but the role of the public in identifying these routes and dealers through information sharing continues to yield positive results in breaking chains of supply,” CIP Rukundo said.