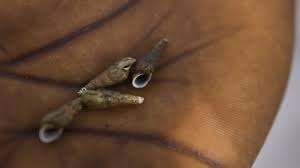 Bilharzia also known as schistosomiasis, is a chronic parasitic disease among the most devastating NTDs (Neglected Tropical Diseases). The infection occurs when the larvae of the trematode worms infesting fresh waters creep into the human skin. Once in the body, the larvae grow into schistosomes and release eggs in the blood vessels.

Schistosomiasis is widespread in tropical and subtropical regions affecting over 200 million people globally and according to recent assessments, 90% of those needing treatment live in Africa. Moreover, estimates identify 200,000 victims annually and 800 million people at risk of infection in sub-Saharan Africa.

According to the Rwanda Bio-medical Centre (RBC), in Rwanda, schistosomiasis mainly affects the areas adjacent water bodies and wetlands, where the risk is significantly higher compared to the other provinces. Recent data highlight the need of preventive treatments for schistosomiasis in Rwanda for 4.3 million people, including 1.6 million children every year.

People become infected when larval forms of the parasite – released by freshwater snails – penetrate the skin during contact with infested water.

Transmission occurs when people suffering from schistosomiasis contaminate freshwater sources with their excreta containing parasite eggs, which hatch in water.

In the body, the larvae develop into adult schistosomes. Adult worms live in the blood vessels where the females release eggs. Some of the eggs are passed out of the body in the faeces or urine to continue the parasite’s lifecycle. Others become trapped in body tissues, causing immune reactions and progressive damage to organs.

Schistosomiasis is prevalent in tropical and subtropical areas, especially in poor communities without access to safe drinking water and adequate sanitation. It is estimated that at least 90% of those requiring treatment for schistosomiasis live in Africa.

There are 2 major forms of schistosomiasis – intestinal and urogenital – caused by 5 main species of blood fluke.

Migration to urban areas and population movements are introducing the disease to new areas. Increasing population size and the corresponding needs for power and water often result in development schemes, and environmental modifications facilitate transmission.

With the rise in eco-tourism and travel “off the beaten track”, increasing numbers of tourists are contracting schistosomiasis. At times, tourists present severe acute infection and unusual problems including paralysis.

Urogenital schistosomiasis is also considered to be a risk factor for HIV infection, especially in women.

Symptoms of schistosomiasis are caused by the body’s reaction to the worms’ eggs.

Intestinal schistosomiasis can result in abdominal pain, diarrhoea, and blood in the stool. Liver enlargement is common in advanced cases, and is frequently associated with an accumulation of fluid in the peritoneal cavity and hypertension of the abdominal blood vessels. In such cases there may also be enlargement of the spleen.

The economic and health effects of schistosomiasis are considerable and the disease disables more than it kills. In children, schistosomiasis can cause anaemia, stunting and a reduced ability to learn, although the effects are usually reversible with treatment. Chronic schistosomiasis may affect people’s ability to work and in some cases can result in death. The number of deaths due to schistosomiasis is difficult to estimate because of hidden pathologies such as liver and kidney failure, bladder cancer and ectopic pregnancies due to female genital schistosomiasis.

The death estimates due to schistosomiasis need to be re-assessed, as it varies between 24 072 (1) and 200 000 (2) globally per year. In 2000, WHO estimated the annual death rate at 200 000 globally. This should have decreased considerably due to the impact of a scale-up in large-scale preventive chemotherapy campaigns over the past decade.

Schistosomiasis is diagnosed through the detection of parasite eggs in stool or urine specimens. Antibodies and/or antigens detected in blood or urine samples are also indications of infection.

For urogenital schistosomiasis, a filtration technique using nylon, paper or polycarbonate filters is the standard diagnostic technique. Children with S. haematobium almost always have microscopic blood in their urine which can be detected by chemical reagent strips.

The eggs of intestinal schistosomiasis can be detected in faecal specimens through a technique using methylene blue-stained cellophane soaked in glycerin or glass slides, known as the Kato-Katz technique. In S. mansoni transmission areas, CCA (Circulating Cathodic Antigen) test can also be used.

For people living in non-endemic or low-transmission areas, serological and immunological tests may be useful in showing exposure to infection and the need for thorough examination, treatment and follow-up.

The control of schistosomiasis is based on large-scale treatment of at-risk population groups, access to safe water, improved sanitation, hygiene education, and snail control.

The WHO strategy for schistosomiasis control focuses on reducing disease through periodic, targeted treatment with praziquantel through the large-scale treatment (preventive chemotherapy) of affected populations. It involves regular treatment of all at-risk groups. In a few countries, where there is low transmission, the interruption of the transmission of the disease should be aimed for.

Groups targeted for treatment are:

WHO recommends treatment of preschool aged children. Currently, there is no suitable formulation of praziquantel to include them in current large-scale treatment programmes.

A paediatric formulation of praziquantel is under development and once it becomes available, Preschool-aged children will be included in large-scale treatment (preventive chemotherapy) campaigns.

The frequency of treatment is determined by the prevalence of infection in school-age children. In high-transmission areas, treatment may have to be repeated every year for several years. Monitoring is essential to determine the impact of control interventions.

The aim is to reduce disease morbidity and transmission towards the elimination of the disease as public health problem: periodic treatment of at-risk populations will cure mild symptoms and prevent infected people from developing severe, late-stage chronic disease. However, a major limitation to schistosomiasis control has been the limited availability of praziquantel, particularly for the treatment of adults. Data for 2019 show that 44.5% of people requiring treatment were reached globally, with a proportion of 67.2% of school-aged children requiring preventive chemotherapy for schistosomiasis being treated.

Praziquantel is the recommended treatment against all forms of schistosomiasis. It is effective, safe, and low-cost. Even though re-infection may occur after treatment, the risk of developing severe disease is diminished and even reversed when treatment is initiated and repeated in childhood.

Schistosomiasis control has been successfully implemented over the past 40 years in several countries, including Brazil, Cambodia, China, Egypt, Mauritius, Islamic Republic of Iran, Oman, Jordan, Saudi Arabia, Morocco, Tunisia, etc. In Burundi, Burkina Faso, Ghana, Niger, Rwanda, Sierra Leone, Togo the United Republic of Tanzania, Yemen and Zimbabwe, it has been possible to scale-up schistosomiasis treatment to the national level and have an impact on the disease in a few years. An assessment of the status of transmission is required in several countries.

Over the past 10 years, there has been scale-up of treatment campaigns in a number of sub-Saharan countries, where most of those at risk live.

WHO coordinates the strategy of preventive chemotherapy in consultation with collaborating centres and partners from academic and research institutions, the private sector, nongovernmental organizations, international development agencies, and other United Nations organizations. WHO develops technical guidelines and tools for use by national control programmes.

Working with partners and the private sector, WHO has advocated for increased access to praziquantel and resources for implementation. A significant amount of praziquantel, to treat more than 100 million children of the school age per year, has been pledged by the private sector and development partners. https://www.who.int/news-room/fact-sheets/detail/schistosomiasis