COPs flop due to deliberate delay and obstruction 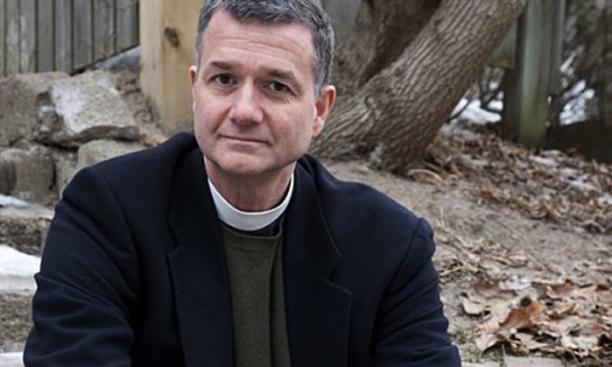 Since early 2020, the world’s richest countries have shown that they have the money and capacity to act when they decide to, spending $14 trillion on COVID stimulus packages and $80 billion to counter Russia’s brutal invasion of Ukraine. , These recent, massive commitments are jarring when juxtaposed with the lethally slow progress at COP27.

Two questions defined whether this year’s UN climate talks, held in the Red Sea resort of Sharm El Sheikh, Egypt, could be called a success. First: would countries call for a phase-out of fossil fuels, responsible for the problem which the negotiations exist to address? Second: would wealthy countries compensate developing countries for the massive “loss and damage” they suffer from climate change, despite having done little to cause the problem?  The lead-up to COP27 was not promising. Last year, countries agreed to submit updated national climate commitments before this COP. Only 24 did so. Financial institutions behaved even more irresponsibly.

One of last year’s most-hyped climate announcements was the Glasgow Financial Alliance for Net-Zero (GFANZ), with many of the world’s largest financial institutions committing either to end or offset all their contributions to greenhouse gas emissions by 2050. But then Russia invaded Ukraine, oil prices spiked, and GFANZ dropped its requirement that its members phase out fossil fuel investments. “(P) romises can be broken as easily as they are made, especially when there’s gobs of money at stake,” observed one activist.”

Africa, COP27’s host, is widely recognized as the continent most vulnerable to climate change. This had helped precipitate a pre-COP consensus that the issue of “loss and damage” represented a top priority for the negotiations. Three decades ago, Small Island Developing States first called for a fund to help them cope with the potential disappearance of their own physical homelands. As the climate threat became clearer to countries in Africa, Asia and Latin America, who bear little responsibility for the emissions that created the crisis, they joined the call for a loss and damage fund.

Up till now, the US and wealthy countries have been allergic to the concept. Pressure by developing countries and NGOs changed that, with credit to leadership by Pakistan which suffered flooding earlier this year that submerged a third of its country. Pakistan’s pavilion at the climate talks bore the message “What happened in Pakistan will not stay in Pakistan.”

Recovery from the floods there carries a $40 billion price tag.

As COP27 approached its finish line, the EU proposed to establish a loss and damage fund, which the US agreed not to veto. This new vessel, presently empty as countries spend years deciding how much to commit, was this COP’s best accomplishment. Its significance will depend on its funding level. Trust between rich and developing countries depends on a positive response by the rich. That trust is frayed. Thirteen years ago, wealthy countries promised to pay $100 billion a year by 2020, to help developing countries adapt to climate change and mitigate further temperature rises. That promise remains unmet.

COP’s most ominous failure was the omission of language committing to a phase-out of fossil fuels. Instead, countries agreed to language calling only for a “phasedown of unabated coal,” a staggeringly weak compromise. “Unabated” refers to projects which do not plan to use unproven, massively expensive carbon capture technologies. The phrasing is a lifeline to the fossil fuel industry, which is increasingly anxious that renewables now cost less than coal, oil and gas almost everywhere on the planet. More fossil fuel lobbyists – 636 – attended COP27 than representatives from any country on Earth save next year’s hosts – the United Arab Emirates.

A hopeful sign was the rapid growth of civil society support for a Fossil Fuel Non- Proliferation Treaty, a binding agreement on an end to new fossil fuel projects, an equitable phase out of existing production, and a well-funded energy transition for impacted communities and workers. This framework is a vital one for the future.

The Egyptian context provided a dystopian backdrop. The country’s imprisonment and torture of environmental activists is well-documented. Civil society and religious demonstrations at COP were limited to a postage stamp sized space inside the venue, with no public marches or assembly allowed outside of the meeting place. At the refreshment stands, Coca Cola, a major COP sponsor and the world’s largest plastic polluter, was distributed for free, while participants paid for water. The media hopefully highlighted the Red Sea’s “super coral,” able to survive in higher ocean temperatures, before noting that the coral’s survival was threatened by toxic discharge from – yes – a nearby fossil fuel terminal.

After thirty years of COP talks, it is beyond time to challenge the legitimacy of the negotiations.

COPs are sickeningly vulnerable to obstruction and delay by wealthy countries and multinational corporations. Apart from the Paris Agreement, there is little to show for three decades of meetings. Moral outrage and mass movement building is the only sane response. Work by civil society and religious groups to build influence, pressure governments and financial institutions, and lead by example is essential.  We must accelerate, intensify and scale this work. A livable future depends on it.