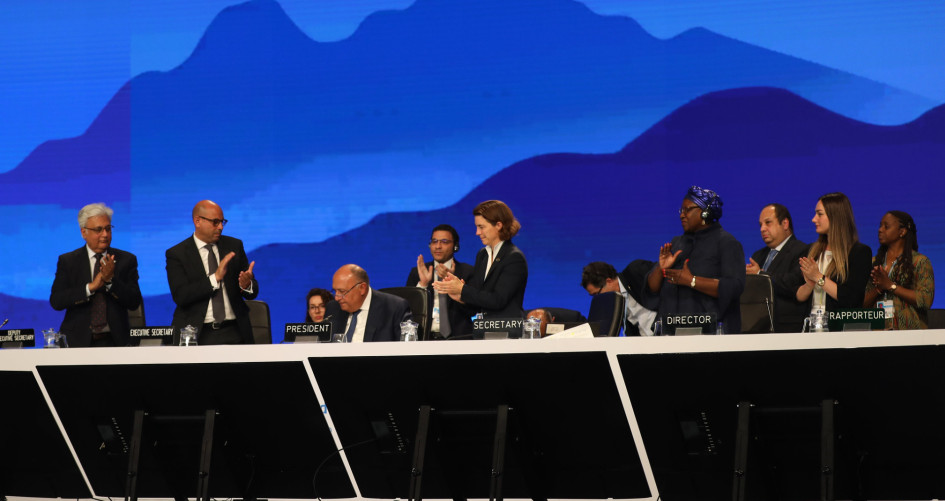 In parallel with the formal negotiations, the Global Climate Action space at COP27 provided a platform for governments, businesses and civil society to collaborate and showcase their real-world climate solutions.

The UN Climate Change High-Level Champions held a two-week programme of more than 50 events. This included a number of major African-led initiatives to cut emissions and build climate resilience, and significant work on the mobilization of finance.

“We have a series of milestones ahead. We must pull together, with resolve, through all processes, may they be national, regional, or others such as the G20. Every single milestone matters and builds momentum,” said Stiell. “The next step for change is just around the corner, with the United Arab Emirates’ stewardship of the First Global Stocktake. For the very first time we will take stock of the implementation of the Paris Agreement. It will independently evaluate the progress we have made and if our goals are adequate. It will inform what everybody, every single day, everywhere in the world, needs to do, to avert the climate crisis.”

Stiell reminded delegates in the closing plenary that the world is in a critical decade for climate action. A stark report from UN Climate Change underpinned his remarks, as well as discussions throughout the two-week conference. According to the report, implementation of current pledges by national governments put the world on track for a 2.5°C warmer world by the end of the century. The UN’s Intergovernmental Panel on Climate Change indicates that greenhouse gas emissions must decline 45% by 2030 to limit global warming to 1.5°C.

COP27 President Sameh Shoukry said: “The work that we’ve managed to do here in the past two weeks, and the results we have together achieved, are a testament to our collective will, as a community of nations, to voice a clear message that rings loudly today, here in this room and around the world: that multilateral diplomacy still works…. despite the difficulties and challenges of our times, the divergence of views, level of ambition or apprehension, we remain committed to the fight against climate change…. we rose to the occasion, upheld our responsibilities and undertook the important decisive political decisions that millions around the world expect from us.”

Speaking about the year ahead, Stiell said UN Climate Change will help Parties and future COP Presidencies to navigate this path to the new phase of implementation.

A summary of some of the other key outcomes of COP27 follows below.

Mitigation
COP27 significantly advanced the work on mitigation. A mitigation work programme was launched in Sharm el-Sheikh, aimed at urgently scaling up mitigation ambition and implementation. The work programme will start immediately following COP27 and continue until 2030, with at least two global dialogues held each year. Governments were also requested to revisit and strengthen the 2030 targets in their national climate plans by the end of 2023, as well as accelerate efforts to phasedown unabated coal power and phase-out inefficient fossil fuel subsidies.

The decision text recognizes that the unprecedented global energy crisis underlines the urgency to rapidly transform energy systems to be more secure, reliable, and resilient, by accelerating clean and just transitions to renewable energy during this critical decade of action.

Global Stocktake
Delegates at the UN Climate Change Conference COP27 wrapped up the second technical dialogue of the first global stocktake, a mechanism to raise ambition under the Paris Agreement. The UN Secretary-General will convene a ‘climate ambition summit’ in 2023, ahead of the conclusion of the stocktake at COP28 next year.

Snapshot of other announcements

The conference heard many announcements: