Rwanda National Police (RNP) has recovered Frw1,140,000 which is part of the money that was stolen from two different people in Musanze and Gasabo districts.

The money was recovered from two suspected thieves, who were also arrested separately on Tuesday, September 6.

One of the suspects identified as Jean Dieu Ngirabakunzi, 23, was arrested in Ruhore, Gashenyi Sector, Gakenke District with Frw814,000, which is part of Frw1.3 million he allegedly stole from his employer on Monday, in Remera Sector, Gasabo District. Ngirabakunzi was a house-help for the victim.

“The District Police Units of Gasabo, where the crime was committed, and Gakenke worked together with the public to locate and arrest Ngirabakunzi in Ruhore village, where he was hiding. At the time, he was found with only Frw814, 000. He was handed over to RIB for further investigations,” Superintendent of Police (SP) Alex Ndayisenga, the Northern Region Political and Civic Education Officer (RPCEO), said.

Meanwhile, Dushimiyimana was arrested in Kigombe Cell, Muhoza Sector of Musanze District with Frw326, 000, which he stole from a businessman in Musanze town.

“Dushimiyimana was given the money by his employer to pay for some goods, but he fled with it. Dushimiyimana was arrested with all the Frw326, 000 he had allegedly stolen,” SP Ndayisenga explained. 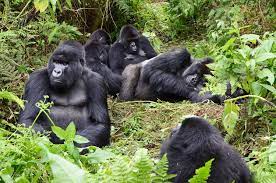