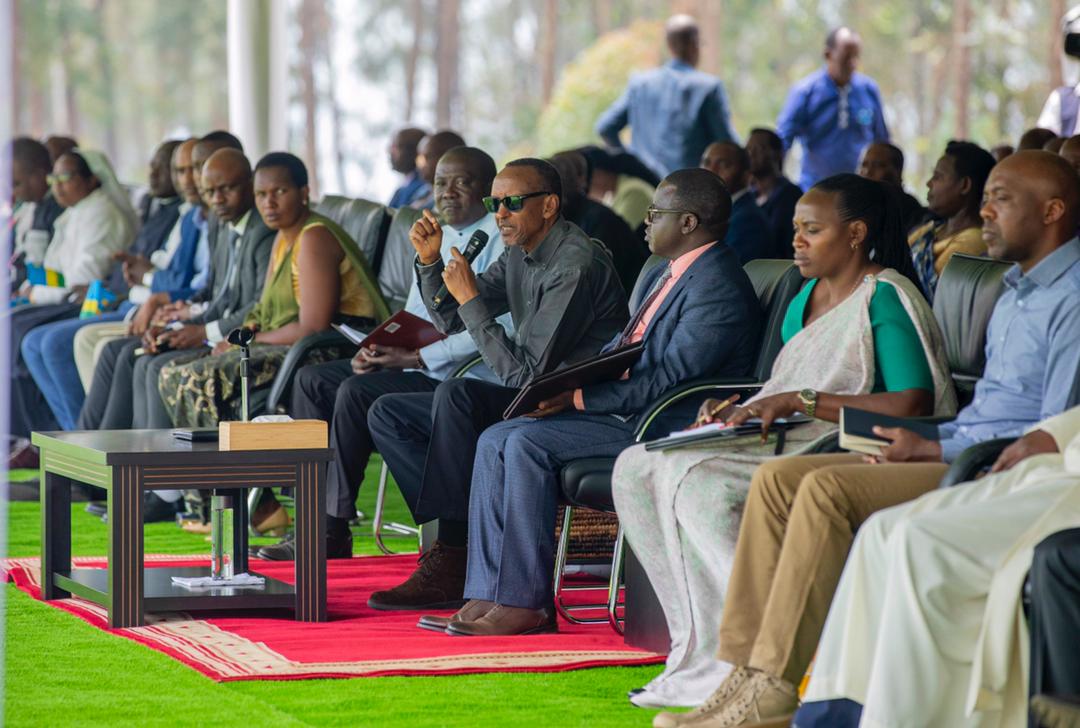 This August 2022, President Paul Kagame has started to meet residents of Southern Province’s Ruhango District, on Thursday as part of his citizen outreach programme that will reach Western Province.

The Head of State’s tour, which last occurred in 2019, comes as Rwanda experiences steady recovery from the Covid-19 pandemic including the return of safe large gatherings.

Also the President has had discussions with Southern and Western Province opinion leaders in Huye on Thursday evening also this will occur at Rusizi districts respectively.

During his visit, the President have met and interacted with residents of Nyamagabe District, also located in Southern Province on Friday 26th August 2022.

Kagame will then head to meet residents of Nyamasheke District in Western Province.

According to the statement, Kagame has visited  Rachel Nyiramandwa, a 110-year-old resident of Nyamagabe District who first met the President in 2010.

Nyiramandwa, commonly known as “The Listener” lives in Ngiryi, a small village tucked away in Gasaka Sector in the hills of Nyamagabe District, approximately four hours from Kigali.

Five years ago, she became a social media sensation after she was photographed greeting and whispering to an attentive President Kagame during one of his presidential campaign rallies.

In an earlier interview with The New Times, Nyiramandwa revealed that she had personally invited President Kagame to pay her a visit in a bid to showcase what her local community had achieved.

It is expected that President of republic of Rwanda Paul Kagame will conclude his visit in Karongi District where he will tour the Rugabano Tea Factory which has a capacity to process 1,000,000 kilograms of tea per year.

I will fully deliver on my pledges – President Kagame