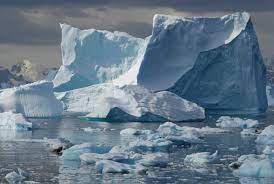 In a blunt and urgent warning, the United Nations Intergovernmental Panel on Climate Change said many of the changes already set in motion by the warming of the planet, such as melting polar ice caps and the steady sea level rise, are irreversible over hundreds to thousands of years. Many other observed changes in the climate, such as more numerous and longer droughts in some regions and increased frequency of intense rainfall and even flooding in others, are without precedent in thousands if not hundreds of thousands of years. That human activity was the principal cause in bringing about these changes is “undisputed.”

These are among the principal findings of a report titled Climate Change 2021: the Physical Science Basis issued Aug. 9 of the IPCC Working Group I.

At the same time, purposeful human activity aimed at strongly and sustainably reducing emissions of carbon dioxide and other greenhouse gases would at least limit climate change, the IPCC report said.

The IPCC said in the best-case scenario, where such strong reductions take place, benefits for air quality would come quickly, but it still could take 20 to 30 years to see global temperatures stabilize.

The report provided new sobering estimates of the likelihood the world will cross the global warming threshold of 1.5°C above the 1850-1900 base period in the next couple decades, and found that unless there are immediate, rapid and large-scale reductions in greenhouse gas emissions, limiting warming to 1.5°C or even 2°C will be beyond reach.

The report showed that emissions of greenhouse gases from human activities already are responsible for approximately 1.1°C of warming since 1850-1900 and found that averaged over the next 20 years, global temperature was expected to reach or exceed 1.5°C of warming, earlier than previous predictions.

“This report is a reality check,” said Valérie Masson-Delmotte, co-chair of the IPCC Working Group I. “We now have a much clearer picture of the past, present and future climate, which is essential for understanding where we are headed, what can be done, and how we can prepare.”

The report projected that in the coming decades, climate changes will increase in all regions. In the case of 1.5°C of global warming from the 1850-1900 base period, there will be increasing heat waves, longer warm seasons and shorter cold seasons. At 2°C of global warming, heat extremes would more often reach critical tolerance thresholds for agriculture and health.

The report said it was clear carbon dioxide (CO2) is the main driver of climate change, even as other greenhouse gases and air pollutants also affect the climate.

“Stabilizing the climate will require strong, rapid, and sustained reductions in greenhouse gas emissions, and reaching net zero CO2 emissions,” said Panmao Zhai, co-chair of Working Group I. “Limiting other greenhouse gases and air pollutants, especially methane, could have benefits both for health and the climate.”

The Working Group I report is the first of three to be issued by the IPCC as part of what will be its Sixth Assessment Report.

President Joe Biden in a tweet responded to the Working Group I report saying, “We can’t wait to tackle the climate crisis. The signs are unmistakable. The science is undeniable. And the cost of inaction keeps rising.”

The Working Group I report will inform deliberations of world leaders and agriculture and environment ministers at the 26th UN Climate Change Conference (COP26) scheduled for Nov. 1-12 in Glasgow, Scotland. It was expected the climate conference will be the most important since the Paris conference in November 2015, where governments, including that of the United States, made specific pledges to reduce greenhouse gas emissions.

President Donald Trump in his first days in office withdrew the United States from the Paris agreement. But this year, President Biden rejoined the agreement and at a US-convened summit of 40 world leaders in April committed the United States to a 50% to 52% reduction in emissions from 2005 levels by 2030.

President Biden directed the US Department of Agriculture to develop a strategy for “climate smart agriculture and forestry” as part of a whole-of-government effort to address the climate crisis with agriculture and food production expected to be a major subject to be addressed at COP26.